The topaz stone is a semi-precious stone that is usually blue, yellow, pink, or colorless. It is loved for its excellent clarity and brilliance. Topaz is a November birthstone and symbolizes peace, friendship, and happiness.

It is usually pure and transparent, but sometimes opaque due to inclusions in it. Still, it has a relatively high degree of transparency, a good reflective effect (Topaz refractive index 1.2-1.8.),of crystals and really beautiful colors.

Topaz has been popular for a long time. For example, as early as in the seventeenth century, the Braganza diamond, i.e. 1640 carats on the Portuguese crown was once considered the largest diamond in the world, which later was proven to be a colorless topaz. 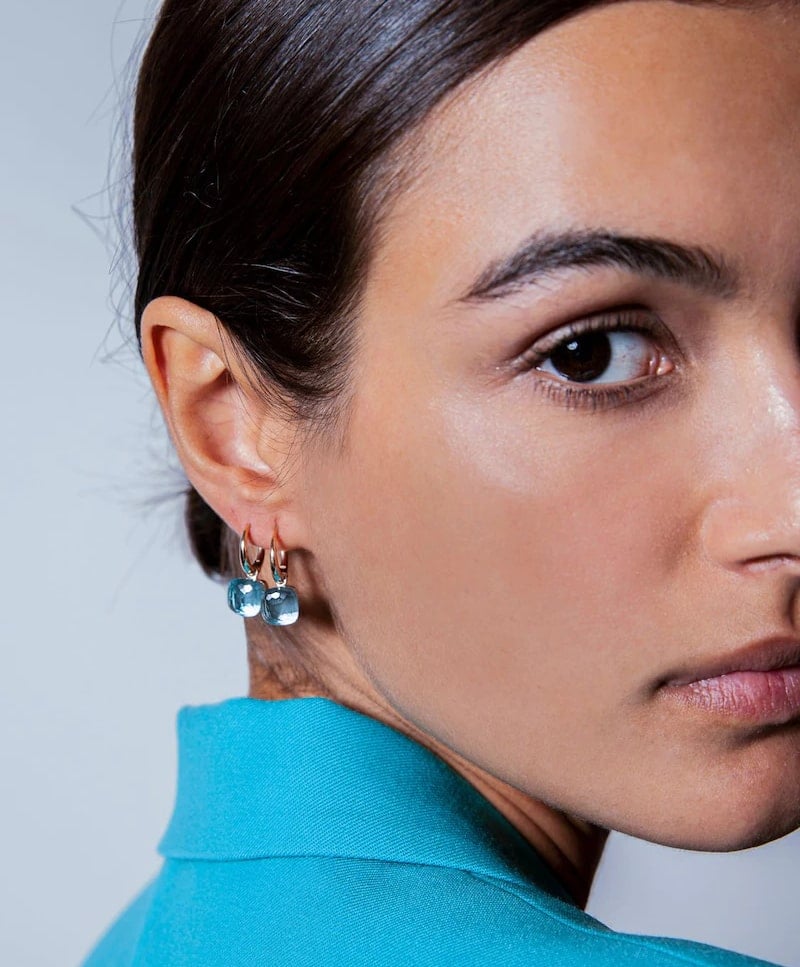 What color is topaz? Topaz in its natural state is a golden brown to yellow. However, the most common colors on the market are blue and pink, and other typical topaz colors are wine red or yellowish, as well as white, gray, and green.

The dark yellow topaz (i.e., sherry topaz, named after the sherry wine) is the most valuable in the market, the darker the color the better. It is followed by blue, pink and green. Colorless topazes are the least valuable.

The blue and pink topazes are the most common on the market. However, more than 99% of them are made from topazes that are originally colorless or brown, transformed by irradiation and heat.

Natural pink and blue topazes are very rare and command a higher price in the market. Irradiated topaz is much less expensive than aquamarine. However, the price of topaz is still higher than that of crystal.

A colorless topaz may be mistaken for a diamond when it is well cut, while colored topazes may be less stable or even fade with sunlight. 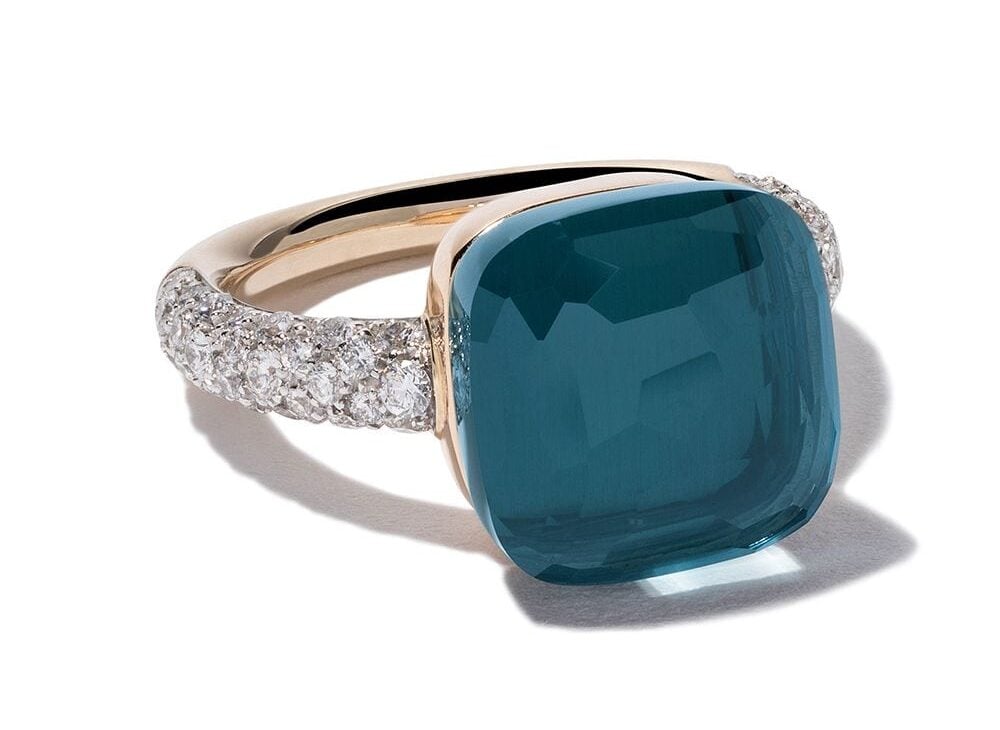 The blue and pink topazes are the most common on the market. However, more than 99% of them are made from topazes that are originally colorless or brown, transformed by irradiation and heat.

The color-altered topaz is still considered a natural stone in the jewelry market because no other substances have been added during the treatment. The shade of natural blue topaz varies from one origin to another.

How much is blue topaz worth?

Topaz's price varies according to quality, size, cut, and uniformity of color, as with any other gemstone in the market. Right now, since blue topaz is mostly color-altered, it is usually priced at $20- $40 per carat. 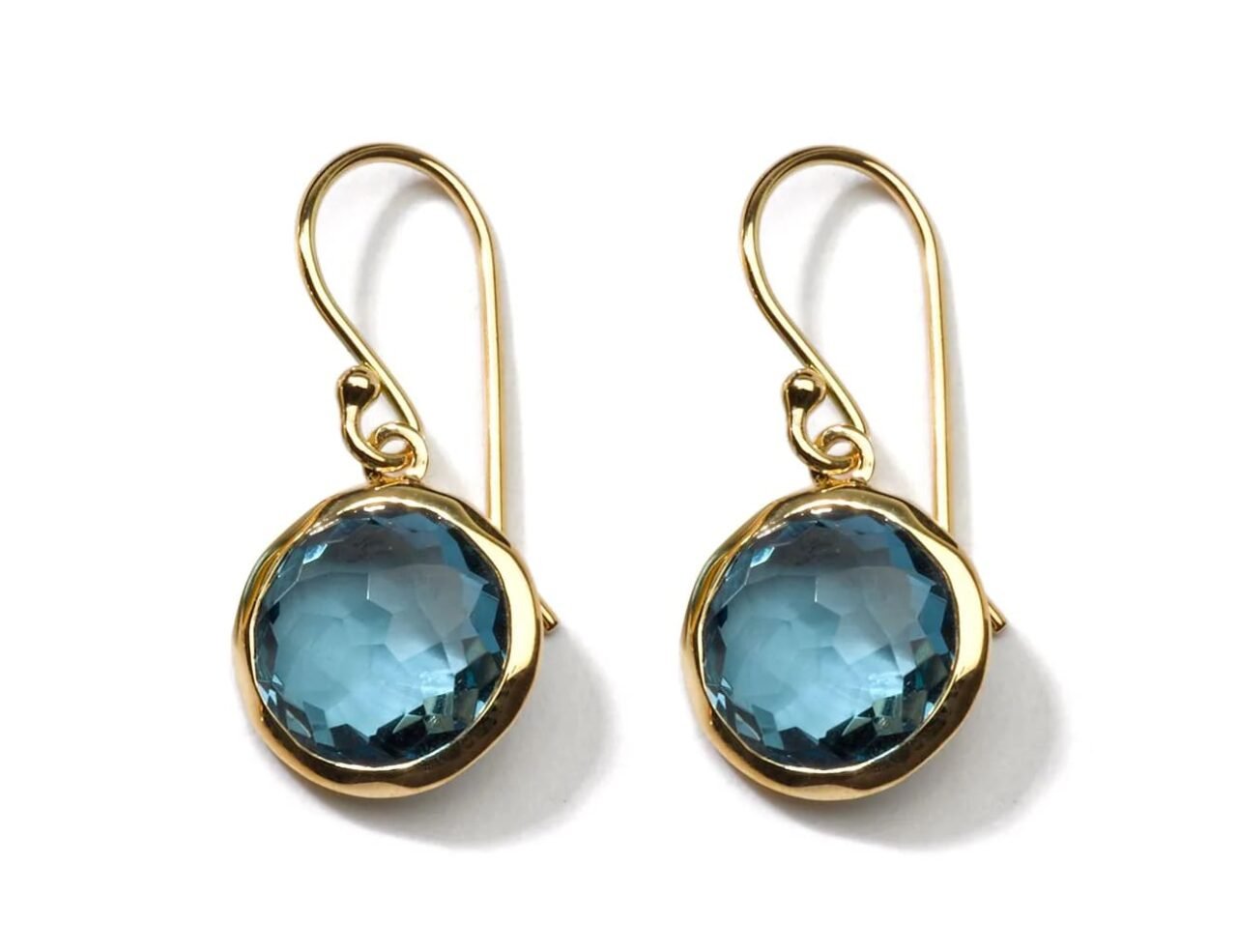 What is London blue topaz? It refers to the dark blue color-altered topaz, a blue with slightly blackish tones, very deep and subdued. This is a color change made with technology provided by the UK, hence the name London Blue topaz.

Swiss blue topaz refers to the light blue color-altered topaz. This color is very brilliant and is currently quite expensive among the topaz family. 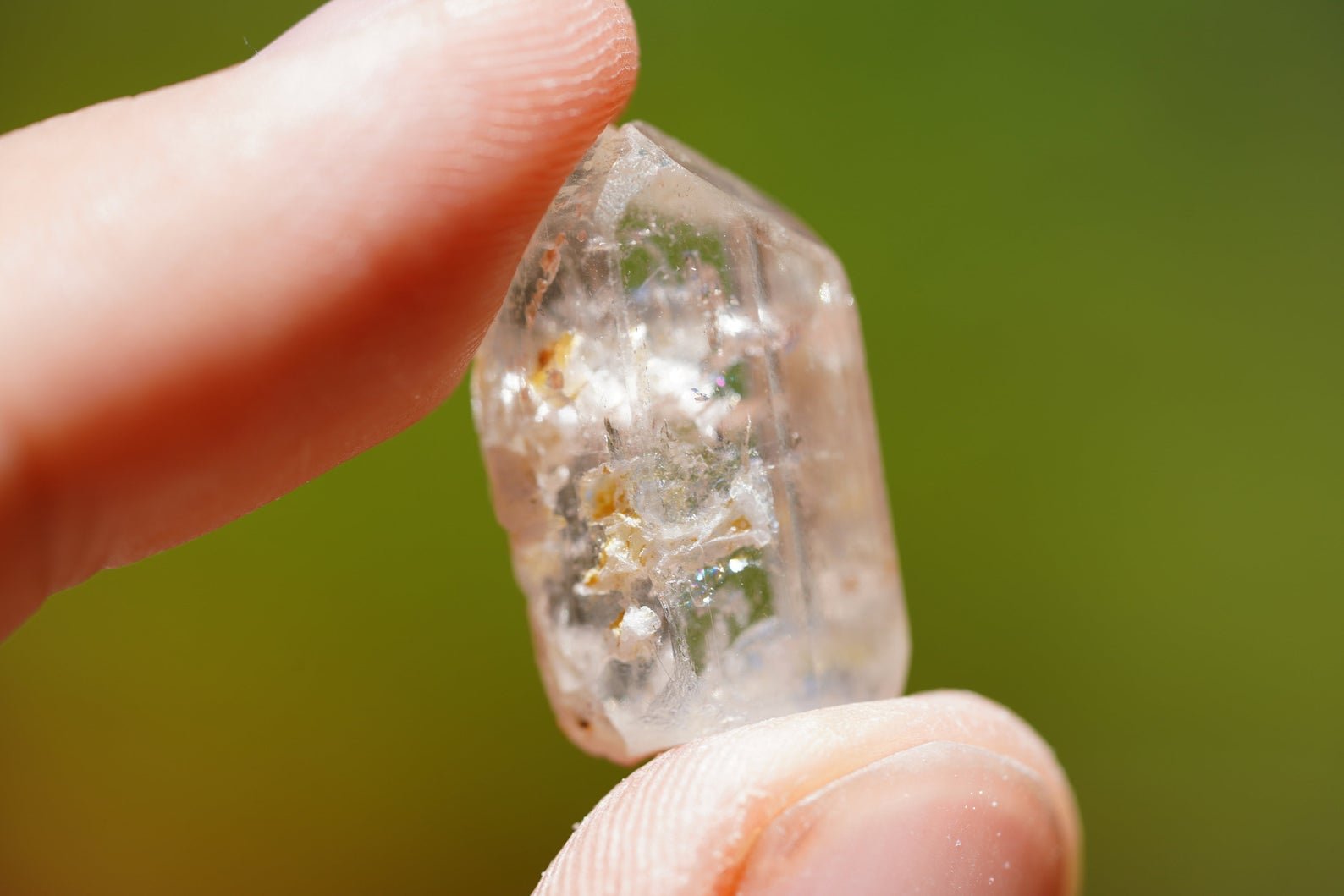 Sherry topaz is the most important variety in topaz, named after the color of the sherry wine, i.e. a light yellow to dark brown wine of Spain.

In this category, the most expensive is the orange-yellow topaz, called “the Imperial Topaz”. Other popular colors include light orange-yellow, golden-yellow, brownish yellow which is rare, soft, and “velvet-like”, orange, and orange-red.

Price-wise, the sherry topaz especially the Imperial topaz is extremely rare and expensive. Their price can easily go above $1000 per carat. 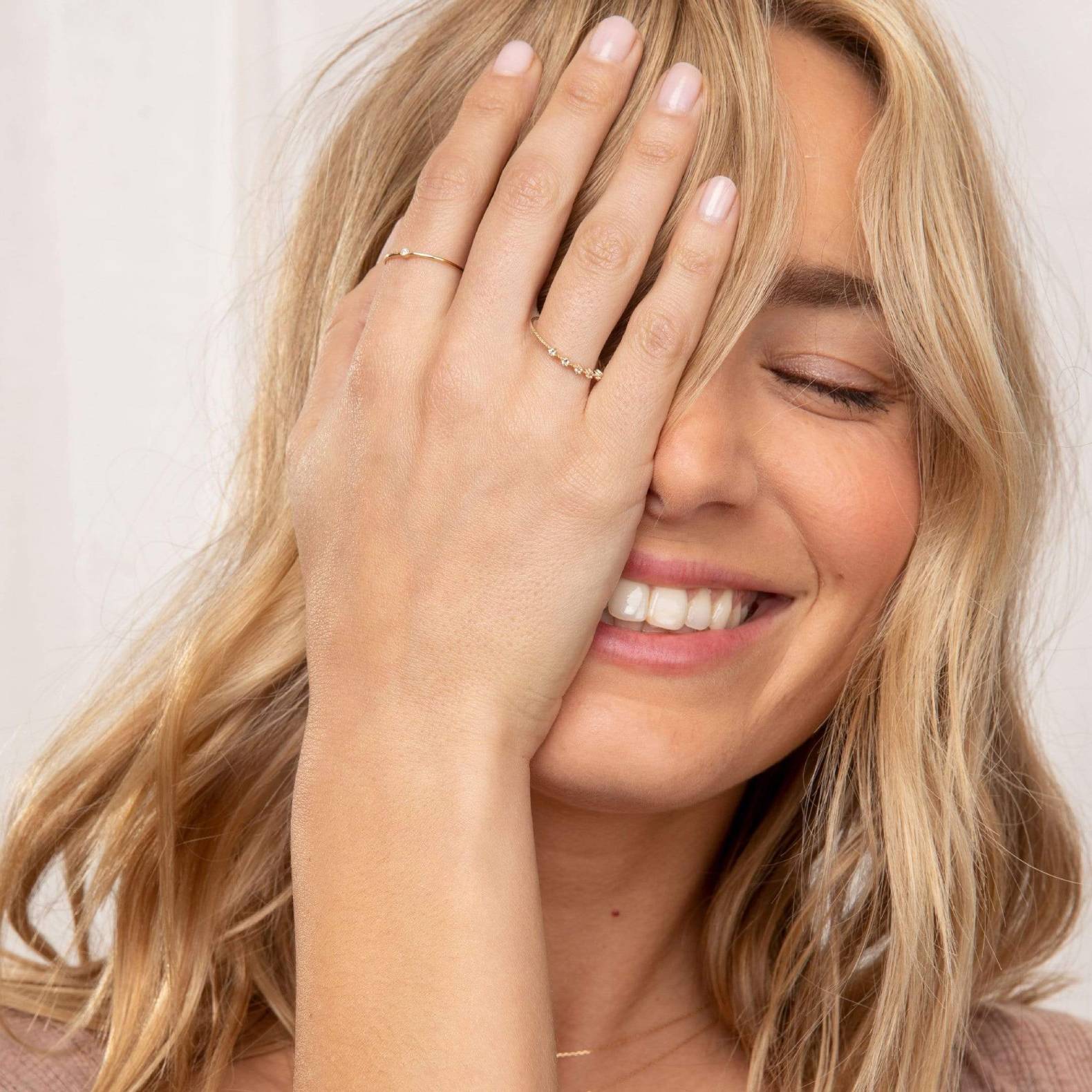 What is white topaz? A white or colorless topaz may be mistaken for a diamond when it is well cut. Therefore, it is often used as a diamond substitute and is affordable. 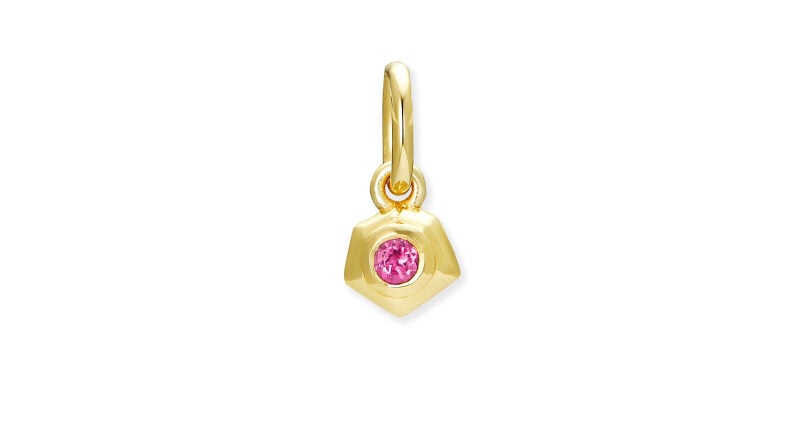 Pink topaz refers to pink, light red, light violet, or violet topaz. Pink topaz is common on the market. However, more than 99% of them are made from topazes that are originally colorless or brown, transformed by irradiation and heat.

Natural dark pink topazes are the most popular, but are very rare, and can also be made from colorless topazes with brownish tones.

The yellow topaz is close in appearance and texture to the much cheaper yellow crystals, and is, therefore, less expensive than other varieties in the topaz family.

A wide range of colors

Where is topaz found? 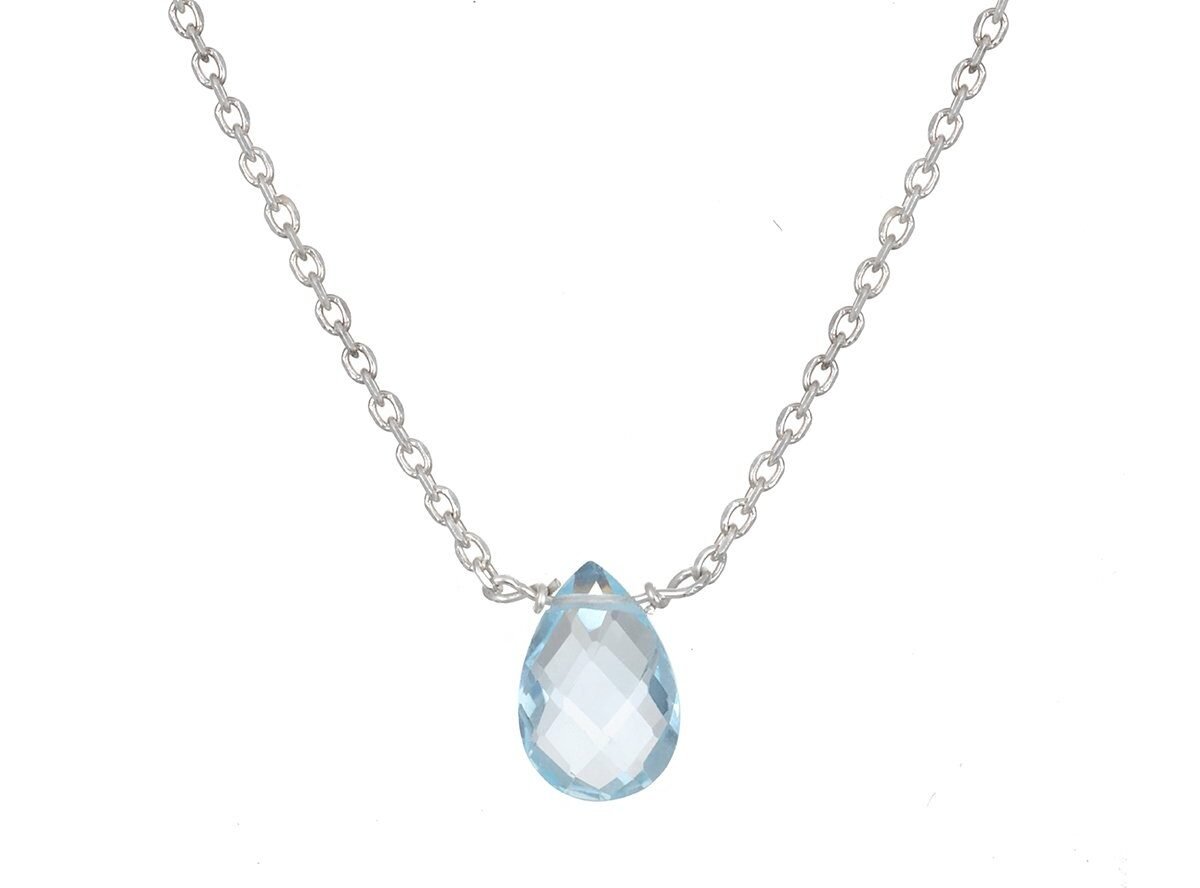 The most important topaz mining site in the world is in the state of Minas Gerais, Brazil. It is best known for its yellow, pink, and blue topaz. In addition, Sri Lanka, Ural, Pakistan, the United States, Mexico, Myanmar, Africa, Australia, and Japan all have outputs.

Of course, no matter where the topaz is produced, it has its own value. Even if it is colorless and thus cheapest of all, it is a precious and beautiful gemstone. 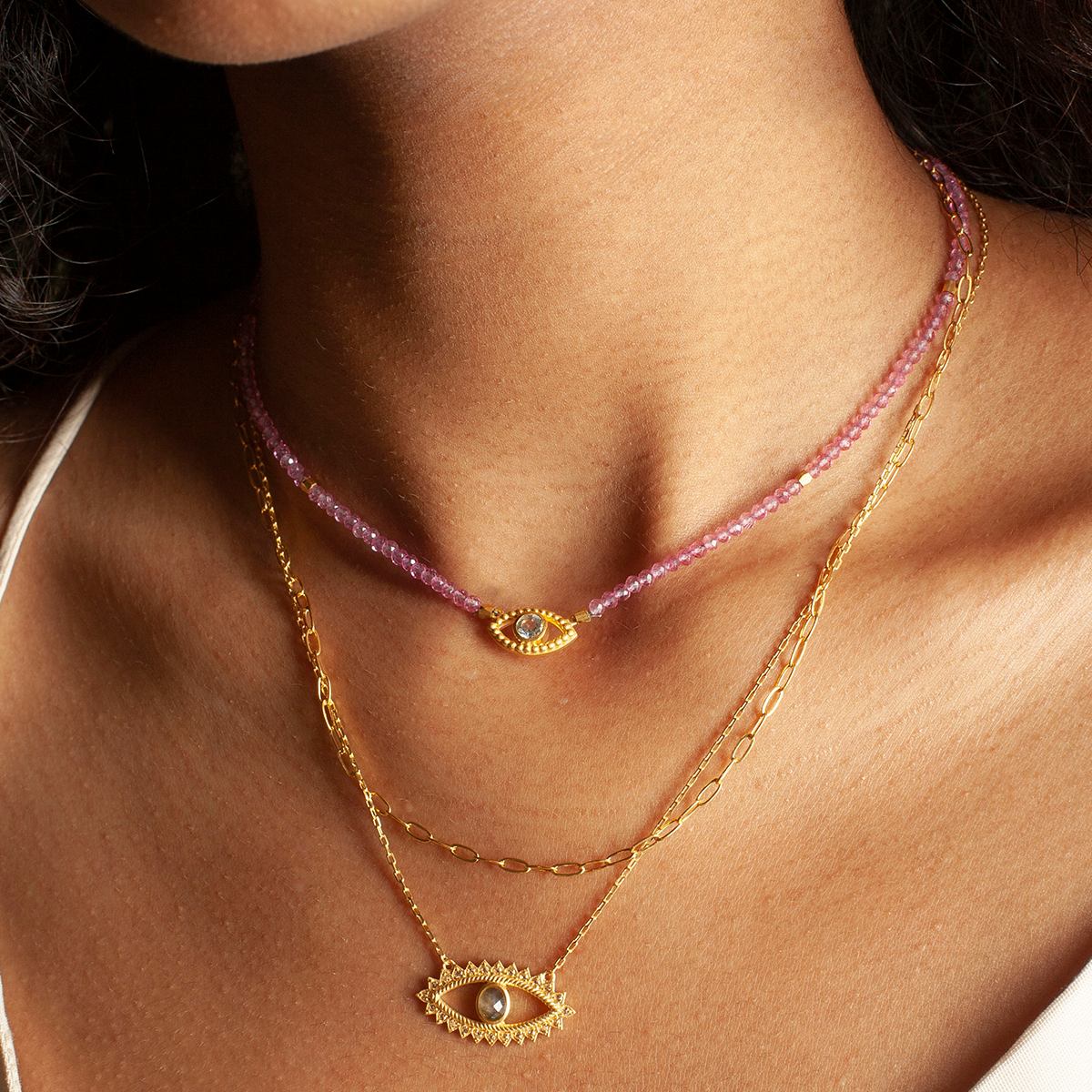 What does topaz mean? Topaz is known as the "stone of friendship", symbolizing peace, friendship, and happiness. It is often used to express the desire to live in a long-term friendships. It is also the birthstone of November, representing sincere and persistent love.

Topaz was called by the ancient Greeks "a stone of great and strange power" and was worn as an amulet to ward off evil spirits and exorcise demons, as well as to eliminate grief and strengthen determination.

The topaz stone helps to remove negative energy and grief from our minds, helping us to rebuild determination, and bringing calmness, happiness, and health.

In addition, it helps improve our communication and speaking skills and strengthens our confidence so that we can deal with difficulties calmly.

It is said that topaz is able to regulate and balance our lymph glands, improve functions in the larynx, respiratory tract, trachea, stomach, and intestines, and help with digestion and absorption.

In addition, some believe that the topaz stone can help with insomnia. To do this, place the topaz on your forehead before going to bed, and you will wake up the next day feeling refreshed and energetic.

How much is topaz worth? Topaz's price varies according to quality, size, cut, and uniformity of color. Right now, since blue topaz is mostly color-altered, it is usually priced at $20- $40 per carat; while a much more expensive variety, the sherry topaz can go above $1000 per carat.

Where to buy topaz? 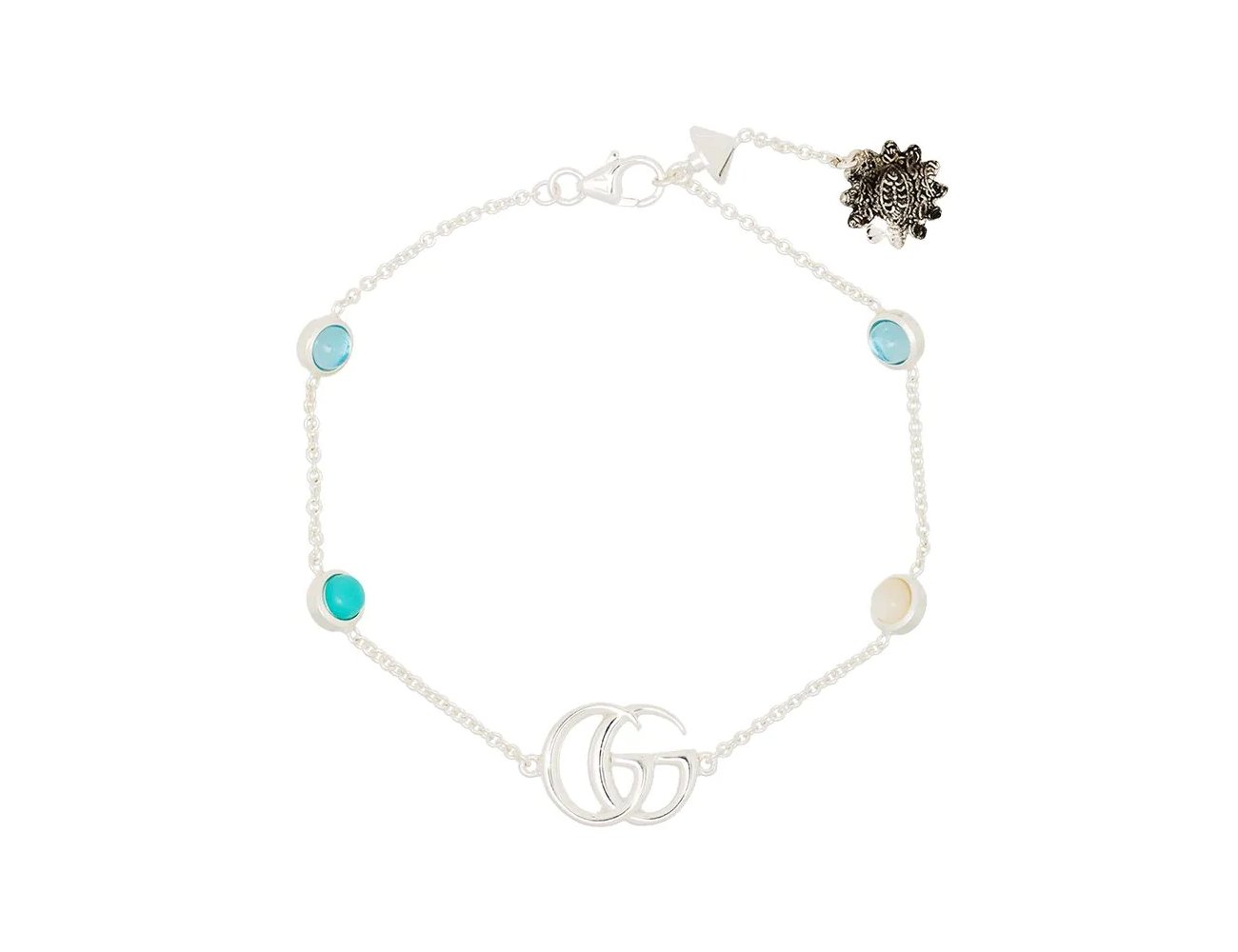 If you want to buy topaz jewelry ranging from $20-$500, you can check Etsy. You can buy raw topaz stones and topaz jewelry like a topaz ring (a topaz engagement ring), a topaz necklace, a topaz bracelet, or topaz earrings that are affordable and of high quality and have them delivered to your house fast.

Alternatively, if you want to buy high-end topaz jewelry ranging from $100-$2000, you can check Farfetch. They have luxury brands like Gucci, Prada, Boucheron, Cartier, Chopard, David Morris, and De Beers, and designer brands that are unique and less well-known. You can also have all the products delivered to your home. 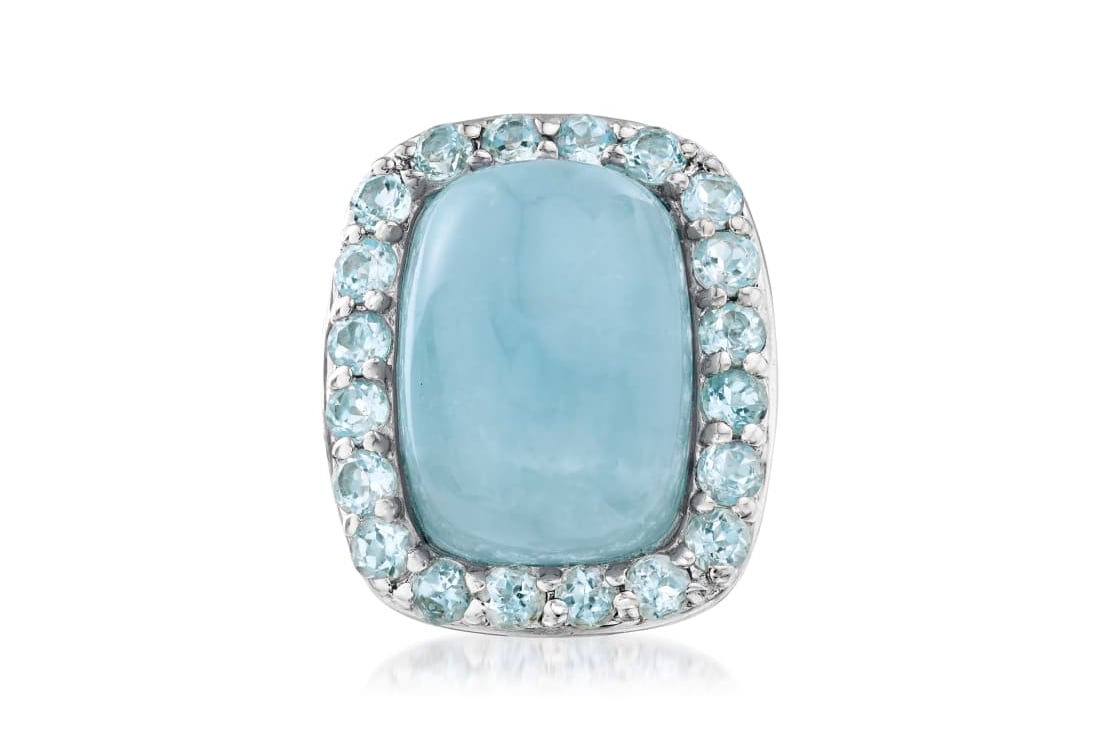 How to cleanse and charge topaz?

The standard way to cleanse and charge a topaz stone is to use salt.

How do we do it? If you use large grains of salt, then simply put the salt on a plate or dish and then bury the stone within the salt for about 24 hours. Reminder, it can be longer than 24 hours, but not shorter. This is very effective and can last up to 3 months with a single purification, also called 100-day purification.

Crystals and their energy come from nature, so we can also use natural methods to help cleanse the stone.

Place the stone in a flowing stream or river or even tap water and rinse it with water for 20 minutes before drying it.

If this is not possible, buy a bottle of mineral water and soak the crystal in it for 24 hours. This helps to remove the negative energy.

3. Cleanse with the smudging method

To be honest, this is one of the most commonly used methods. All that we need to do is simply put the crystal in the room and let the smoke of essential oil, sage, or sandalwood ( please remember to use natural essential oil without added chemicals) work the magic.

4. Cleanse it in the soil

This is the most powerful method. If the crystal has been owned by a sick person, then we strongly recommend using this method. After all, the crystal comes from the earth. Letting it go back to the original place for purification is the best.

Remember though to find an unpolluted place to do so. In addition, it is recommended that to bury for more than a month.

5. Cleanse and recharge on a crystal cluster

6. Recharge in the moonlight

On the night of the full moon, place the crystals on a windowsill facing the moon. You can also place them outside if it is safe to do so. If needed, cover them with a glass jar or bowl to provide extra protection. Moonlight will charge the crystals overnight.

Topaz has a Mohs hardness of 8, but its toughness is poor; therefore we need to take good care of Topaz jewelry to avoid cracking.

To clean topaz, do not use steam or ultrasonic cleaners. It is best to wash with warm soapy water.

High temperatures or sudden changes in temperature can break the topaz.

The color of topaz is generally relatively stable to light, but prolonged exposure to high temperatures or sunlight may cause discoloration, making the topaz appear yellow-brown.

Topaz may be slightly affected by certain chemicals too.

Electroplated topaz coatings resist normal wear and tear, but abrasive cleaners or polishing wheels can damage the coating; therefore, only mild soapy liquids should be used to clean topaz treated in this way.

This article is oringinally published on thejoue.com.