And yes, these beautiful gems are always color-changing in different lighting! From a kiwi-like green in fluorescent light to a champagne color in daylight, and an orange color under low-intensity lighting such as candlelight.

These earrings are made with love. They will arrive in a velvet jewelry bag and a pretty earring display box.

The zultanite stone, also called diaspore, is one of the rarest stones on earth. It is only mined in the Ilbir Mountains of Turkey and is famous for its color-changing effect. Zultanite usually comes in orange, green, yellow, pink, and champagne and these colors change in a different light.

Natural zultanite can only be found in a Bauxite deposit in the Ilbir Mountains of central Turkey. It is exclusively mined by Ottoman Gem. That is why it is also called the Turkish zultanite.

This ability alone makes it pleasing for jewelry connoisseurs. Its colors can arrange from raspberry hues to kiwi greens.

Outdoors under clear skies, it appears rich champagne with light yellow sparkle; indoors under traditional lighting, it turns a kiwi green color; and under candlelight, it emits an orange halo.

As with all gemstones, the larger the size, the more pronounced the color-changing effect and the greater the visual impact it gives.

Rumors by “natural healers” have already begun. Among the new beliefs, stone healers claim that the gemstone can activate the third eye and throat chakras.

They believe it can help the wearer instill courage in the fearful and protect the wearer from the evil eye, hexing, and jealousy.

Since natural zultanite jewelry is extremely pricey, ranging from $1,000 to $50,000 per piece, as mentioned above, created zultanite becomes a great alternative.

High-quality created zultanite has the same color-changing property as natural ones. Regarding other properties like clarity, hardness, and refractive index, they are very much the same. A big difference between the two is that the color reflections of created zultanite tend to be harsher. But it does not impact too, especially to human eyes.

Sterling silver is perfect for everyday wear; you can go to the gym, shower, and sleep in it. It’s also hypoallergenic, so it’s great for people who have sensitive skin.

Sterling silver can tarnish if it's left out to oxidize with air, so we recommend storing it in a sealed zip bag if you are not wearing it. Getting it wet and wearing it often actually helps prevent it from tarnishing.

Our jewelry is made with love and will ship within 1-3 business days via USPS, DHL, FedEx, or any local carrier depending on the address you provide.

At the moment, we are proud to say that we offer free shipping on this product. Each order includes real-time tracking details. Read more in our Shipping Policy.

We want you to be 100% satisfied with your purchase. We provide free returns on this product in most countries including the United States. Items can be returned within 15 days of delivery. Read more in our Refund Policy.

I ordered with other earrings. I am surprised because they were so small. But for everyday wear they are very cute. The parcel came in 10 days. Mega fast. Everything is very well packed. Thank you very much. It is a pity that I did not have time to buy peridot earrings... 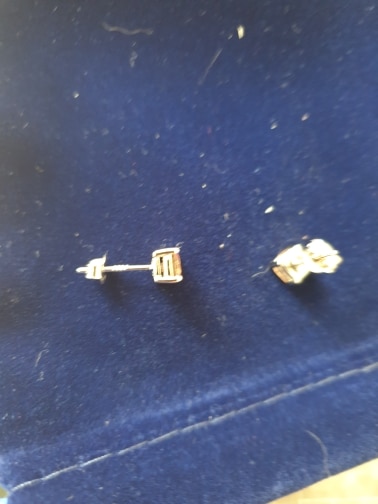 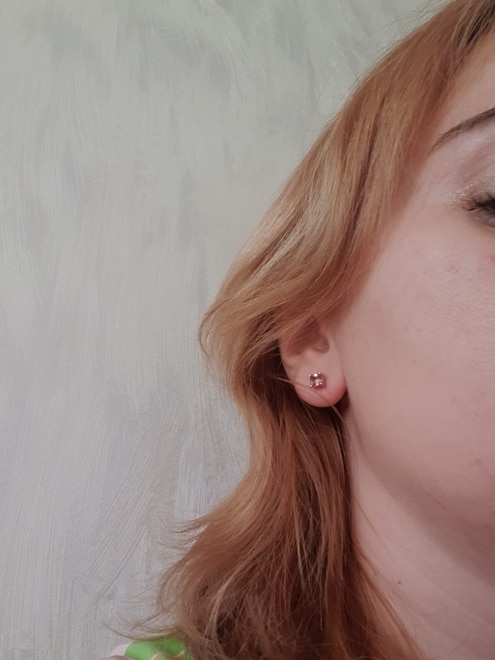 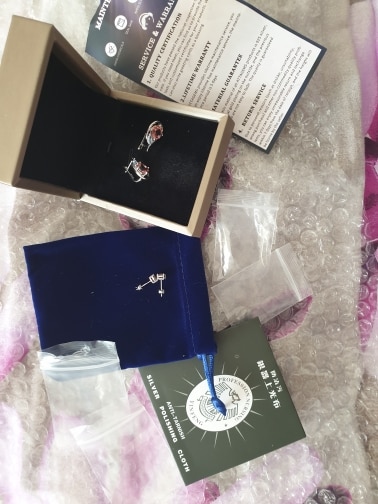 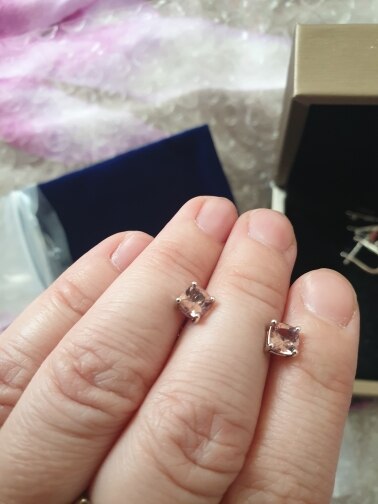 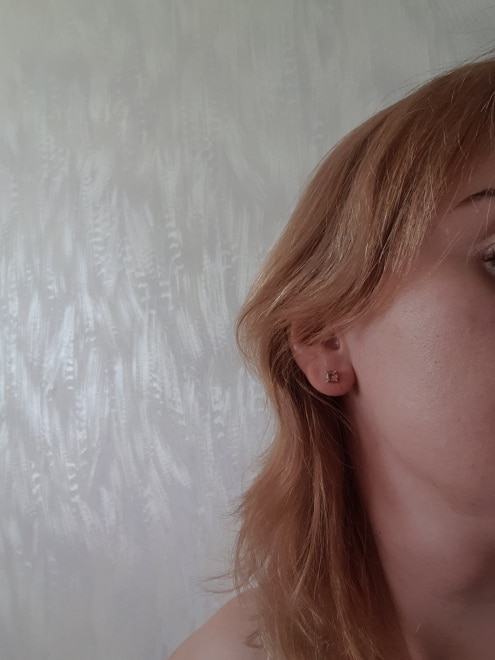 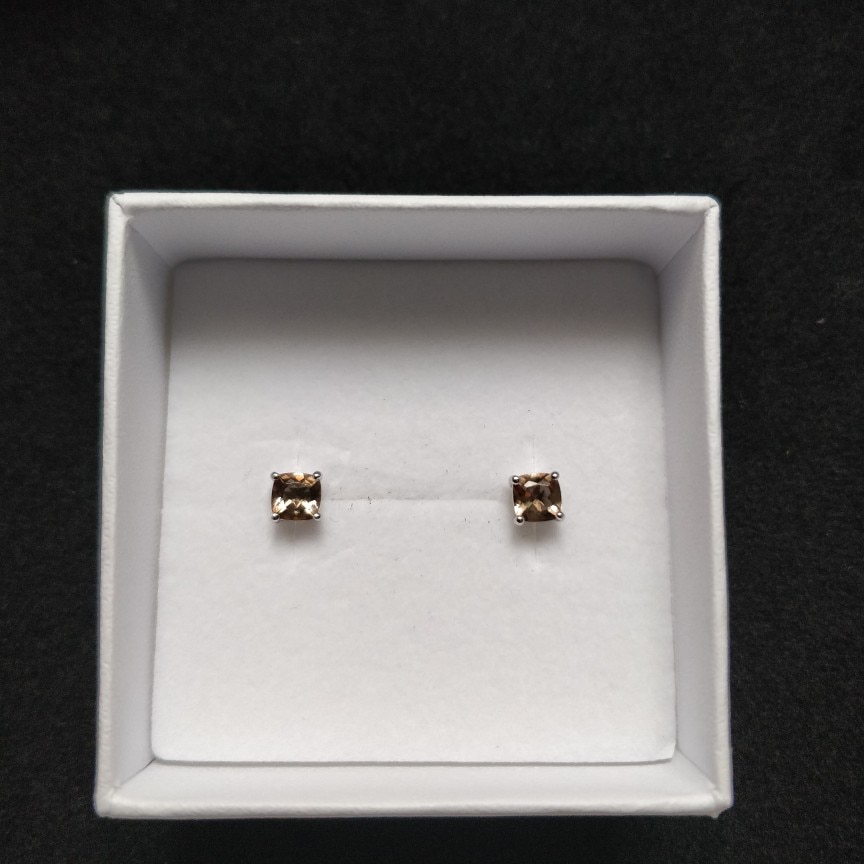 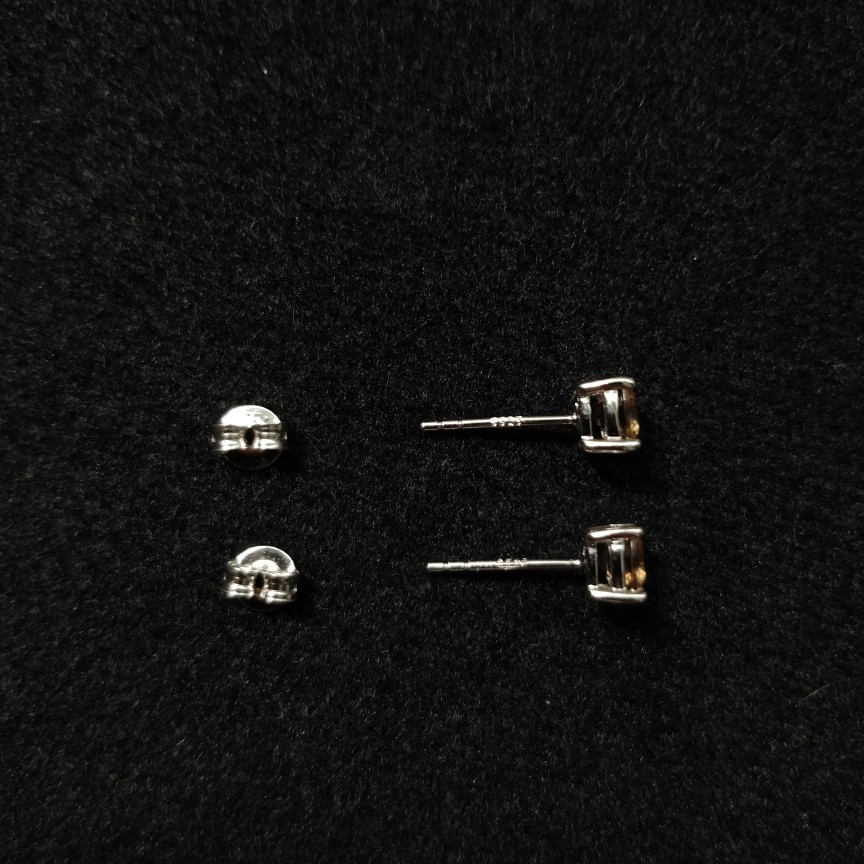 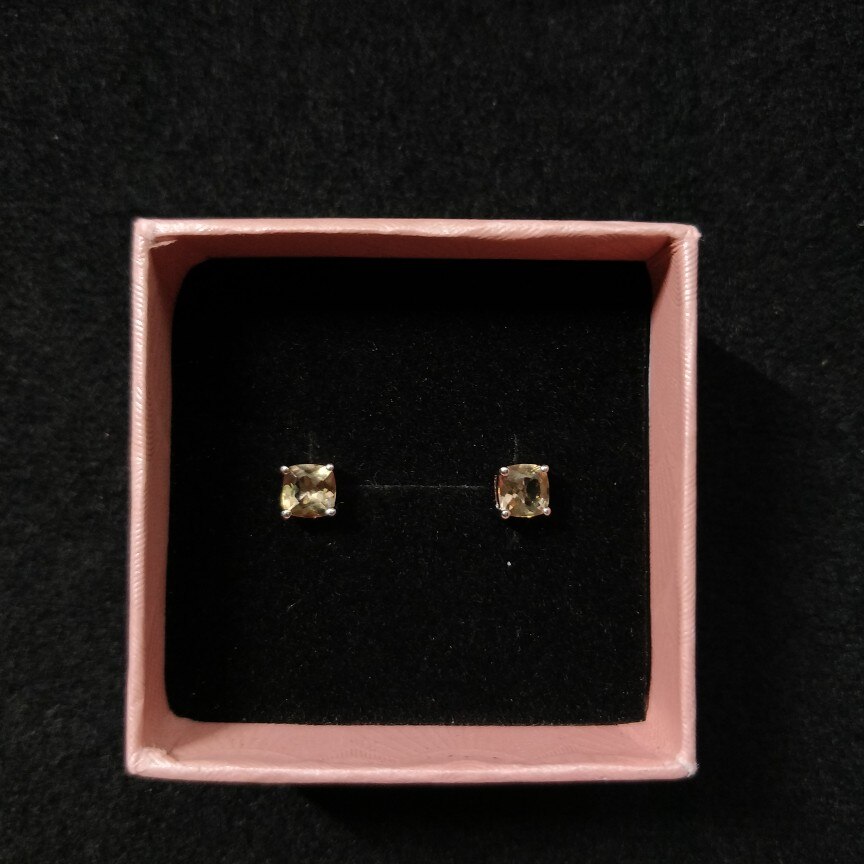 We are so confident in the quality of our products that we are now offering a free return policy. You can send the items back for any reason within 15 days of delivery. We will pay the return shipping cost.

Get free shipping and free returns for our products. We want you to be 100% satisfied with your purchase. Products in this collection can be returned for free within 15 days of delivery.

Tag @roserypoetry in your Instagram photos for a chance to be featured here.
Find more inspiration on our Instagram.