The zultanite stone is one of the rarest stones on earth. It is only mined in the Ilbir Mountains of Turkey and is famous for its color-changing effect. Zultanite usually comes in orange, green, yellow, pink, and champagne and these colors change in a different light.

2. Discovery: rare and new in the market

The zultanite stone was discovered in the very early 1800s in the Russian Ural Mountains. However, currently, the Ilbir Mountains of Turkey remain the only known source left, which makes it one of the rarest stones on earth.

It is a variety of the mineral diaspore and is named after the 36th Sultan who ruled the Ottoman Empire of Turkey, by the current mine owner.

Enthusiasts initially mined and independently excavated zultanite with chisels and pickaxes in the 1980s.

It wasn’t until the 1970s that jewelers began to mine it for commercial use. The difficulty of cutting zultanite postponed its entry into the market. Until 2005, zultanite was only used by selected jewelers.

In 2006, zultanite began to be mined specifically as a gemstone. While diaspore may be abundant, zultanite can only be found in a Bauxite deposit in the Ilbir Mountains of central Turkey. It is exclusively mined by Ottoman Gem.

The mine is located 4,000 feet high in the mountains of Turkey. Only a very small amount of gem-quality zultanite can be mined from tons of ore; moreover, only 50% of the total zultanite mined is suitable for cutting, and 98% of the raw zultanite stones will be lost during processing.

That is to say, the yield of gem-quality zultanite is only 2%. In fact, it is very rare in the market.

Zultanite can only be found in a Bauxite deposit in the Ilbir Mountains of central Turkey. It is exclusively mined by Ottoman Gem. That is why it is also called the Turkish zultanite. 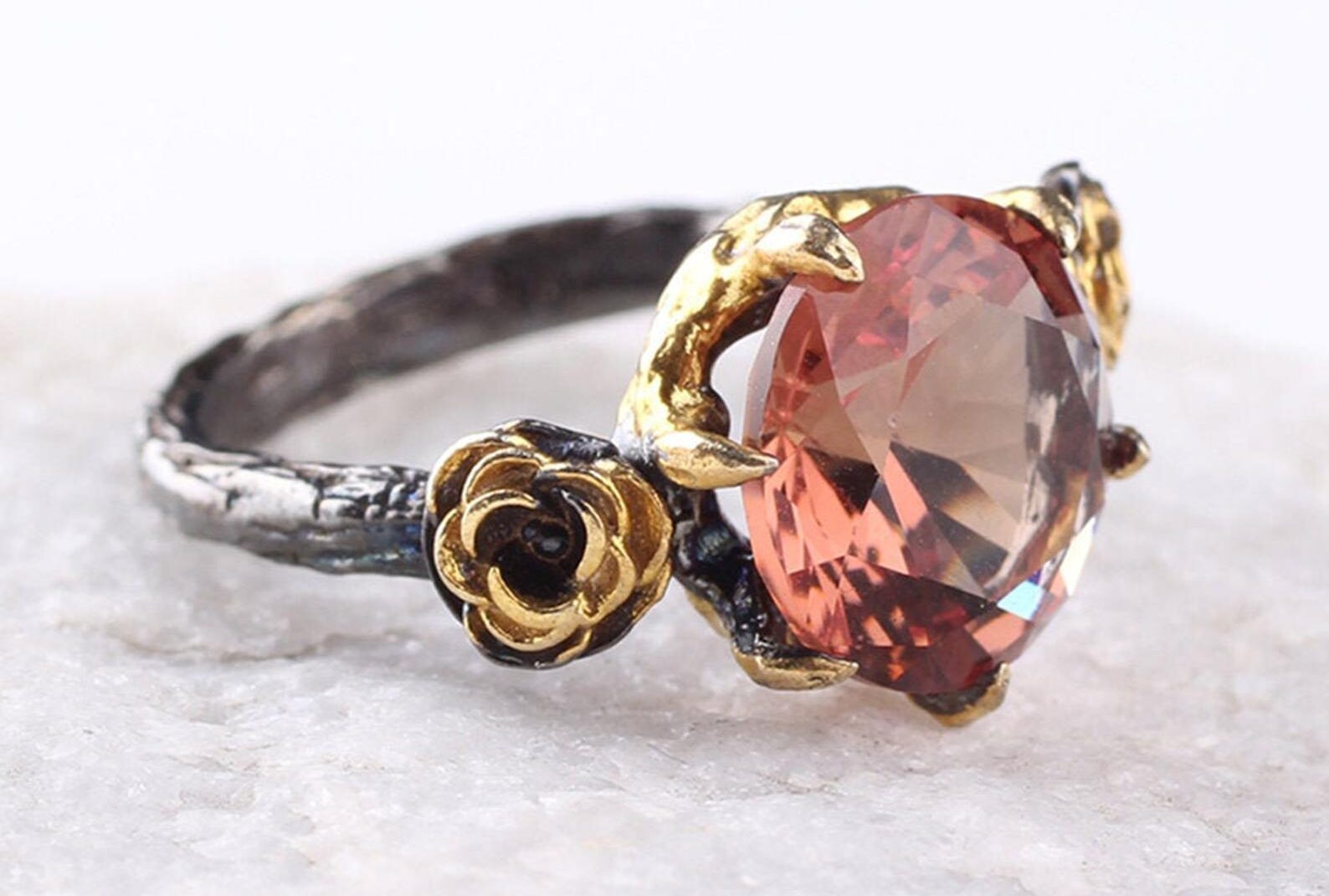 As a transparent gemstone with a refractive index of 1.75, it is clear to the naked eye. It takes a 10x magnification to inspect the natural inclusions of the gemstone.

Zultanite is 6.5 to 7 on Moh’s Hardness Scale. Its hardness and durability are perfect makings for use in jewelry.

There are claims among jewelers that the zultanite has perfect cleavage. Perfect cleavage means that the gem will create smooth repeating surfaces if it breaks. Therefore, jewelers recommend taking extra care when wearing zultanite jewelry.

However, not many gem cutters have had the chance to work with zultanite and perfect the art of crafting it.

This ability alone makes it very popular with jewelry connoisseurs. Its colors can change from raspberry hues to kiwi greens.

Outdoors under clear skies, it appears kiwi green with light yellow sparkle; indoors under traditional lighting, it turns a rich orange color; and under candlelight, it emits a purple-red halo.

However, it never goes to completely dark tones. Most hues are soft, making them an excellent complement to earthier tones.

As with all gemstones, the larger the size, the more pronounced the color-changing effect and the greater the visual impact it provides.

Its chatoyance, an effect that causes a bright strip of light to appear across the gem’s surface shaped like a cat’s eye, makes zultanite not only among the rarest of gemstones but also one of the most unique stones in the jewelry industry today.

Every aspect of the gem appears tailored specifically to increase its rarity and value. 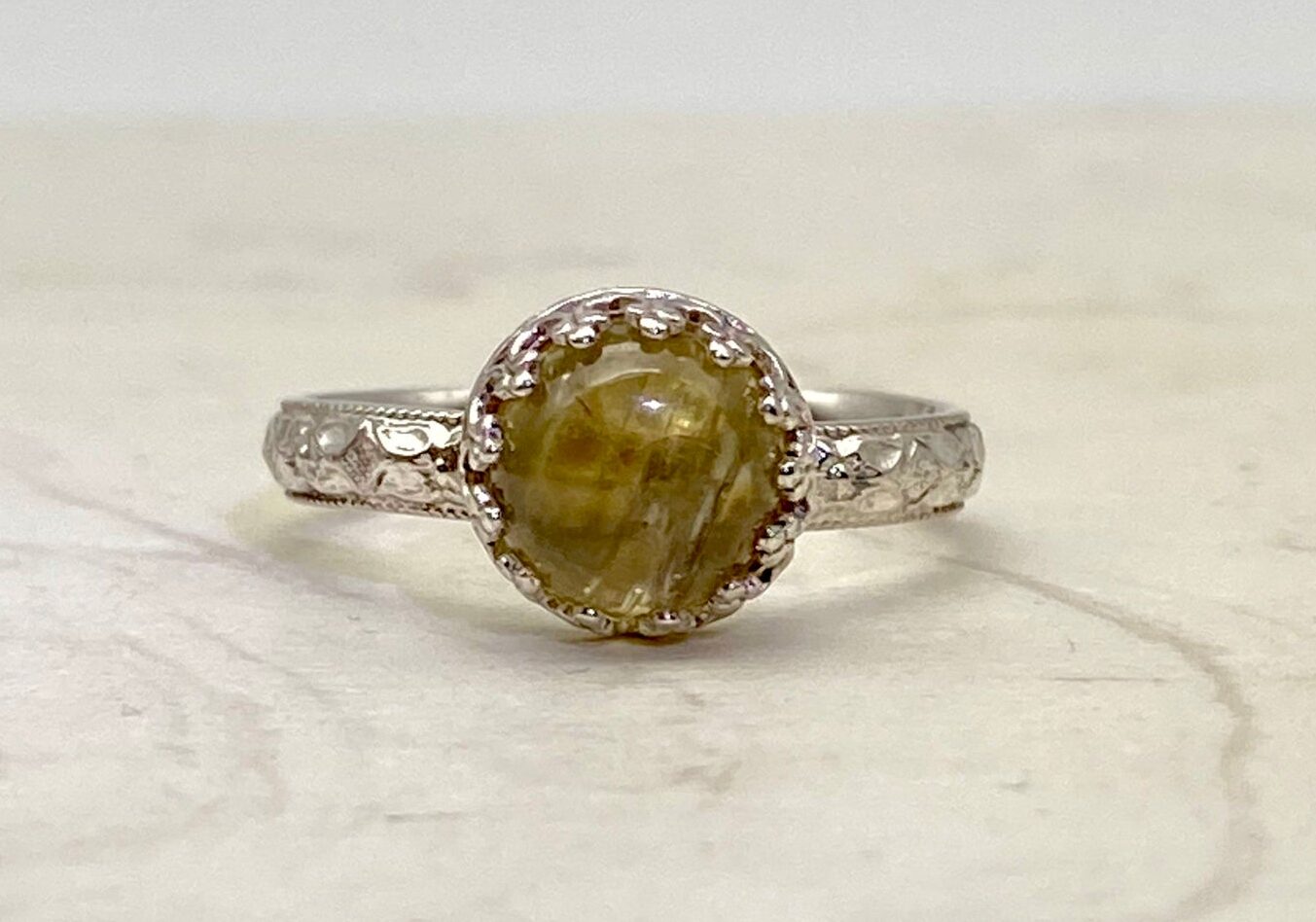 What is zultanite worth? Due to the exclusivity of mining rights, the geographical availability of zultanite, the gemstone's naturally coveted qualities, and the difficulty in properly faceting the gemstone, zultanite is a gemstone of great value for purchase and collection.

Even with a price, the availability of the stone is near zero. The mining company of zultanite works exclusively with companies of their choice.

To be detailed, while over 90% of gemstones on the market require optimization, zultanite is different. It does not require any and is guaranteed to be 100% natural.

Moreover, the mining of zultanite is extremely difficult. Only a very small amount of gem-quality zultanite can be mined from tons of ore; moreover, only 50% of the total zultanite mined is suitable for cutting, and 98% of the raw zultanite stones will be lost during processing.

That is to say, the yield of gem-quality zultanite is only 2%.

How much does zultanite cost? Yes, real zultanite is quite pricey. Finished jewelry pieces adorned with authentic zultanite stones range from $1,000 to $50,000 in value. 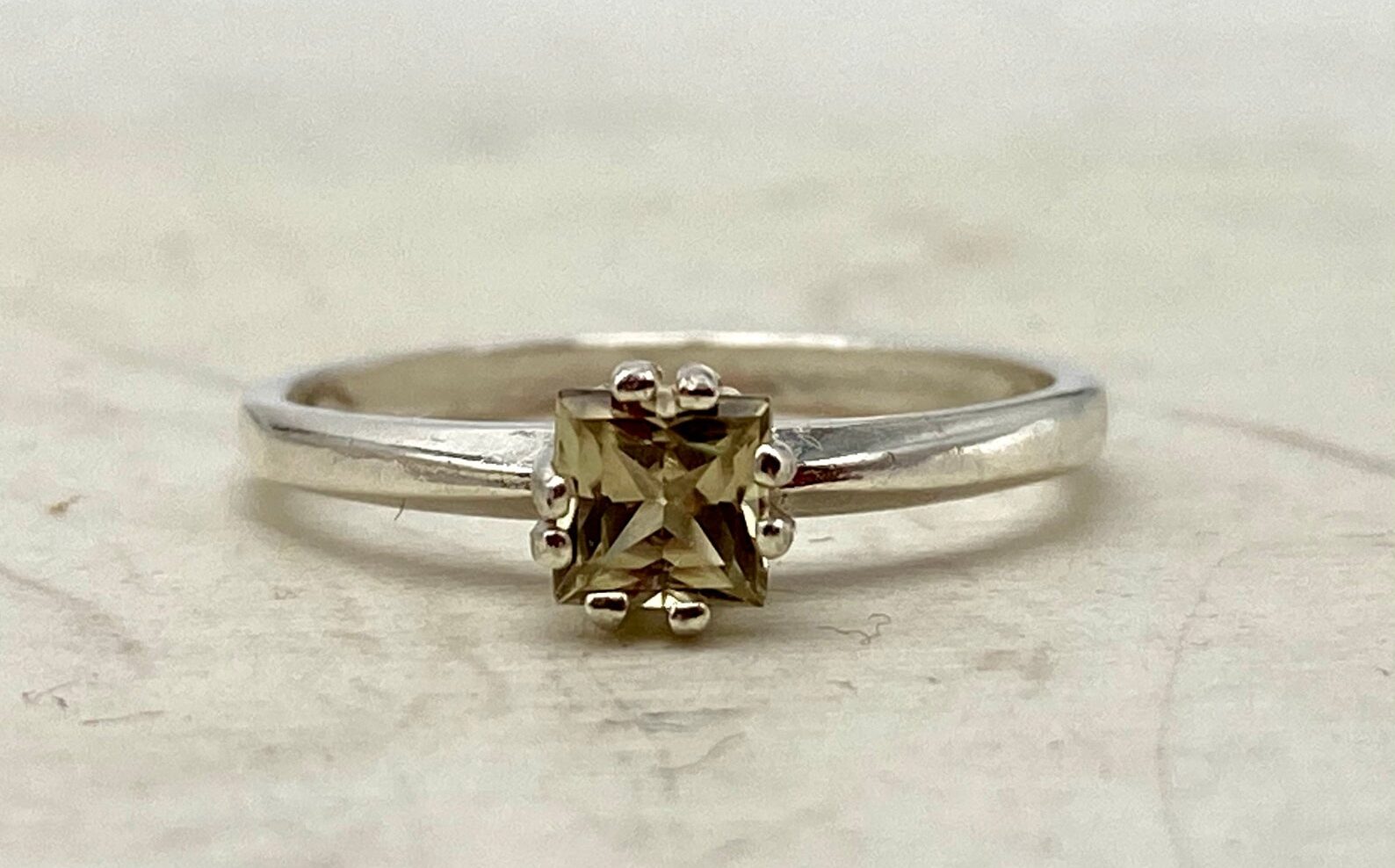 Zultanite jewelry is rare and costly. The exclusivity of the material and the skilled work it takes to facet zultanite make it one of the most valuable gemstones in the jewelry industry.

The beautiful color of the gemstone makes it look perfect in necklaces, rings, and earrings. Zultanite jewelry represents the wearer's unique taste, wealth, and sophistication.

While some may use this gemstone for its metaphysical properties, the raw beauty of jewelry created using zultanite makes it unreplaceable.

For most consumers, a Zultanite Authenticity Guarantee is the best method to verify if the gemstone is natural.

There are complex methods such as inspecting the inclusions and measuring the refraction index to detect fake zultanite stones. But they are best left to professionals. If you love the color-changing ability of natural zultanite but do not want to spend a fortune on it, lab-created zultanite is a great choice for you.

How to distinguish a lab-created zultanite?

The way specialists tell the difference is by putting the stone under the microscope to see if inclusions are present. If they aren't, then your stone is not authentic. You can also trying using a small torchlight to see if you can find any inclusions.

There are also other techniques. For example, invest in a Chelsea filter, which is an optical filter used to identify colored stones.

How to buy a genuine zultanite?

If you’re trying to buy a genuine zultanite, here are some essential tips to make sure you don’t get ripped off. Originally known as diaspore, zultanite got its name in 2006 from Stephen Kotlowski. He believed the name diaspore was awful sounding and reminded him of fungus.

So he rebranded the rare gemstone. At first, he mulled the idea of “Ottominite” after the Ottoman Empire of Turkey.

His friend, Murat, suggested “Sultanite” from the Sultans of the Ottoman Empire of Turkey for the reason that it gave the gem a royal feel. Unfortunately for them, “Sultanate” was already used to name a mineral. So Mr. Kotlowski decided to change the “S” for a “Z”.

Between zultanite and csarite, there is no difference in their chemical makeup. Both are trade names and are used interchangeably.

To be detailed, in the early ’00s, the owner of the Turkey zultanite mine, Murat Akgun, found it challenging to sell the stone under the trade name Zultanite. Therefore, in 2012, zultanite was dropped as the primary market name (jewelers selling zultanite pieces may disagree) and Akgun came up with another one: Csarite.

Therefore, csarite and zultanite are two competing trademarks for the same gemstones from Turkey.

Alexandrite is another color-changing stone with a cat’s eye effect that comes to mind when we talk about the properties of zultanite.

Alexandrite has a different set of colors than zultanite. It usually changes colors between green and red, commonly referred to as "emerald by day, ruby by night"; while a zultanite stone can have more than two colors.

A guide to alexandrite rings

Tags:
Previous
What is a promise ring? Promise ring meaning, designs, uses
Next
What makes the Princess Diana ring so popular?

We will pay the return shipping costs. Yes, we want you to be 100% satisfied with your purchase. Products in this collection can be returned for free within 15 days of delivery.

We are very confident in the quality of our zultanite jewelry. Made of 925 sterling silver and color-changing zultanite, they are delicate, durable, and hypoallergenic.