What is a promise ring? Promise ring meaning, designs, uses

It seems like there's a ring for any occasion. And when you want to celebrate a relationship but aren't quite ready for marriage, a great way to do so is with a promise ring! Here's what you need to know:

What is a Promise Ring?

A promise ring is a special ring one person gives to the other person in a relationship. It is a promise to take your commitment to one another seriously. A promise ring is usually simpler and less flashy than an engagement ring.

History of the Promise Ring

Some people think of promise rings as a new fad, but the promise ring dates back to ancient Rome. Lovers would sometimes wear "betrothal rings" of simple iron.

Similar rings were used in many parts of Europe from the 15th to 17th centuries, though these rings (called "posy rings") were often engraved with short love poems.

Some people opted for glitzier "acrostic" rings, where the first letter of each gemstone spelled a letter in a word. So for instance, to spell the word "dear," you'd need a diamond, an emerald, an amethyst stone, and a ruby in that order.

That said, you might wonder why promise rings have made such a comeback in recent years. Most of that is due to their use by celebrities. A promise ring is a promise to take your commitment to one another seriously.

Many people have an idea of the promise ring as a kind of pre-engagement ring. However, it's not always intended this way. A promise ring is sometimes treated as a sign of commitment to one another and an intention to take a relationship seriously.

Essentially, it signifies something deeper than dating but not quite to the level of engagement or marriage.

Many people also have an idea of a man giving a promise ring to a woman. This is sometimes the case, but some couples opt to each wear a promise ring of their own. One of the nice things about promise rings is that there are no rules as to what they need to look like. Some couples opt for designs with intertwining threads to symbolize unity. Others choose birthstones or a mosaic of different stone types. What Finger Does a Promise Ring Go On?

There's no set tradition governing what finger you need to wear your promise ring on. But most commonly, people wear a promise ring like they would a wedding ring: on the ring finger. This is just a trend, of course.

What Hand Does a Promise Ring Go On?

Many people opt to wear a promise ring like they would a wedding or engagement ring: they wear it on the left hand.

How Much is a Promise Ring? You can find promise rings at just about any price point. But generally, since giving someone a promise ring is seen as a special occasion, it's a good idea to get a ring that is not overly cheap.

That said, if you're on a budget, you can find plain bands for about $40-$50. If you're going for a minimalist look, these aren't a bad choice.

But if you want to include precious or semi-precious stones, the price may rise into the hundreds. Boutique jewelers often make customized, high-end promise rings that can be as much as $2000! 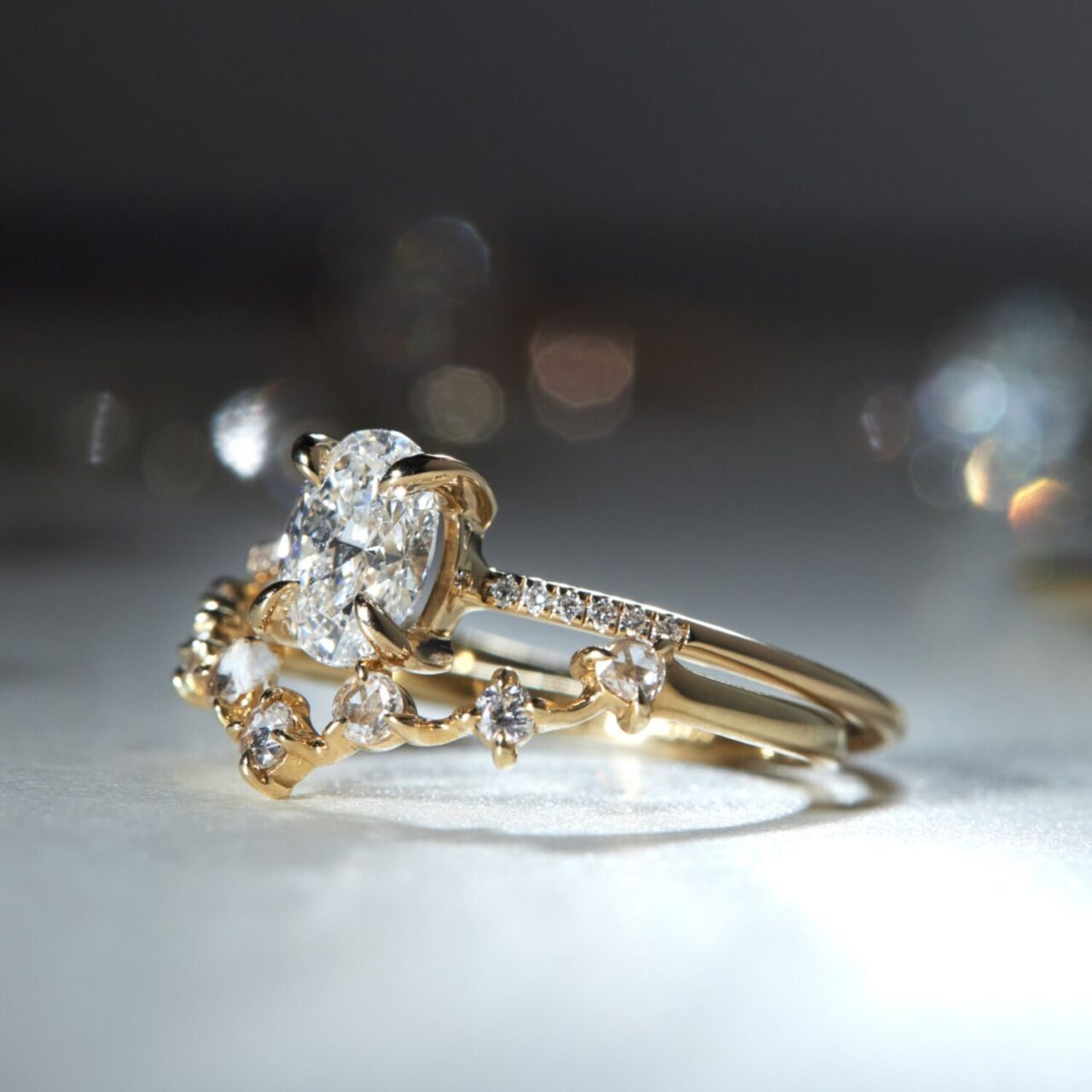 Generally, promise rings are less expensive. Since committing to a relationship is not quite the milestone that engagement is, partners don't generally celebrate with a very expensive ring.

Promise rings and engagement rings typically look different as well. Though there's some variation in engagement rings, most have a center diamond that is the main focus of the ring. Though they may be inlaid with other stones as well, the diamond is clearly the centerpiece!

Promise rings can incorporate precious stones and even diamonds. But usually, these stones are smaller and don't stand out from the band of the ring so much.

How Do You Give a Promise Ring?

While giving someone a promise ring is not quite as high-pressure as giving an engagement ring, it's still good to put some thought into it. You don't have to (and shouldn't!) get down on one knee, as you don't want your loved one to think it's a marriage proposal.

Rather, you might consider offering the ring during a conversation about your futures and your promises to one another. This can be a meaningful way to keep the focus on your relationship.

It's also a good way to clarify what type of promise the ring signifies, as that can look different from couple to couple.

When to Give a Promise Ring

A promise ring is a meaningful gift. So it's fitting that the gift should be timed appropriately. Offering a promise ring after a couple of dates will make you look overly clingy.

A promise ring is ultimately a sign that you're very serious about your relationship, so it's wise to give it to your partner after a significant time has passed.

As a general guideline, you should wait until you've been together a year or more before offering the ring. Let your relationship's natural progression be your guide.

What to Say When Giving a Promise Ring

Giving someone a promise ring is a highly meaningful gesture. So fittingly, you'll want to make sure you have something meaningful to say!

In many cases, it's best to say something about the ring and what it symbolizes. And often, it's better to use your own words and be yourself rather than repeat something you've memorized.

Even if your delivery isn't perfect or you stumble over some of the words, your loved one will likely appreciate how genuine you are.

If you want some starting points to help you come up with what to say, think something along the lines of "This ring is a symbol of my commitment to you." If you intend the promise ring to be a kind of placeholder for a wedding ring, say that, too.

What Do You Do with a Promise Ring After You Get Engaged? 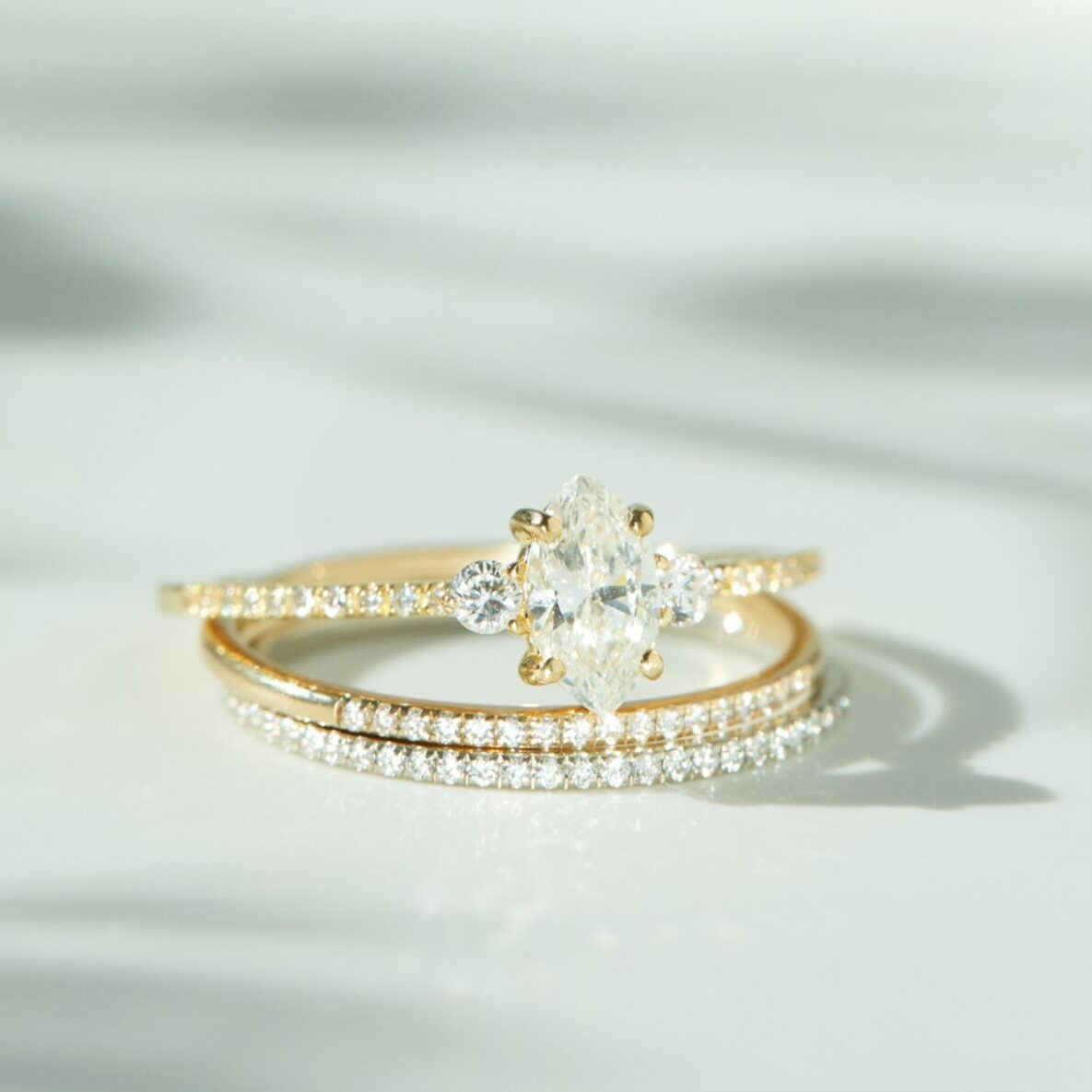 Luckily, there are no rules here! You can wear your promise ring on another finger or on a chain. You can even keep it to wear occasionally.

What Happens to the Promise Ring if You Break Up?

This depends on the couple. Since a promise ring is intended as a promise of some sort of future together, it's often good to return the ring to the giver.

But every relationship is different; in some cases, the person who gives it to you might want you to keep the ring as a memento of your time together.

This article is oringinally published on The Joue.